The Call of the Wrens (Paperback) 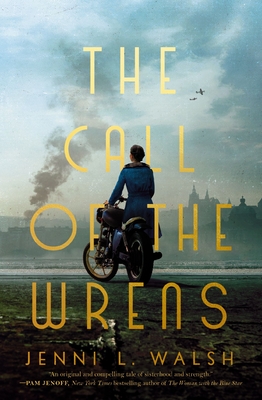 The Call of the Wrens (Paperback)

Introducing the little-known story of the daring women who rode through war-torn Europe, carrying secrets on their shoulders . . .

An orphan who spent her youth without a true home, Marion Hoxton found in the Great War something other than destruction. She found a chance to belong. As a member of the Women's Royal Naval Service--the Wrens--Marion gained sisters. She found purpose in her work as a motorcycle dispatch rider, assigned to train and deliver carrier pigeons to the front line. And, despite the constant threat of danger, she and her childhood friend Eddie began to dream of a future together. Until the battle that changed everything.

Now, twenty years later, another war has broken out across Europe, calling Marion to return to the fight. Meanwhile, others, like twenty-year-old society girl Evelyn Fairchild, hear the call for the first time. For Evelyn, it's a way to prove herself after a childhood fraught with surgeries and limitations from a disability. And with the re-formation of the Wrens as World War II rages, it's the perfect opportunity to make a difference in the world at seventy miles per hour.

Told in alternating narratives that converge in a single life-changing moment, The Call of the Wrens is a vivid, emotional saga of love, secrets, resilience--and the knowledge that the future will always belong to the brave souls who fight for it.