I Curse You with Joy (Hardcover) 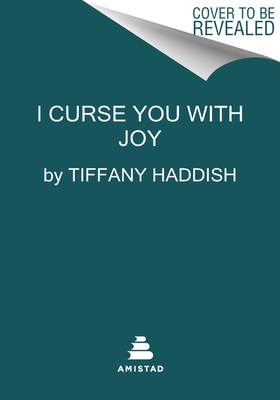 I Curse You with Joy (Hardcover)

Tiffany Haddish is back with her highly anticipated new essay collection, I Curse You With Joy. In more than a dozen stories Tiffany is candid about her highs, lows, and everything in between. If you thought you knew Tiffany Haddish, oh you had no idea. I Curse You With Joy is the equivalent of being six months into a relationship, where you’re all in—the wig is off now, no makeup, no false lashes, no heels either! Stories run the gamut from Tiffany’s viral head-shaving video on Instagram where she found personal blessings right down to her scalp, her journey as a female stand-up comedian and auditioning for SNL to being the first Black women comedian to host it, and a bittersweet story of reconnecting with her estranged father after 20 years.

Tiffany Haddish is a comedian, actress, host, and producer who was the breakout star of the smash comedy Girls Trip. Her additional film and television work includes The Afterparty, The Card Counter, Here Today, Bad Trip, Tuca & Bertie, Kids Say the Darndest Things., Night School, The Carmichael Show, Keanu, and a turn as host of the 2018 MTV Movie and TV Awards. Her Emmy-nominated and Grammy-winning comedy special, Tiffany Haddish: Black Mitzvah, debuted on Netflix in December 2019. Haddish became the second black woman ever to win a Grammy for Outstanding Comedy Album and the first since Whoopi Goldberg won in 1986. She also Executive Produces and hosts Tiffany Haddish Presents: They Ready through She Ready Productions and both seasons are available on Netflix. In November 2017, she made history by becoming the first black female stand-up comedian to host Saturday Night Live which earned her the 2018 Emmy Award for “Outstanding Guest Actress in a Comedy Series.” Haddish also founded The She Ready Foundation to help and support foster kids in need. She currently lives in Los Angeles.